Should you be scared of that Huntsman spider? 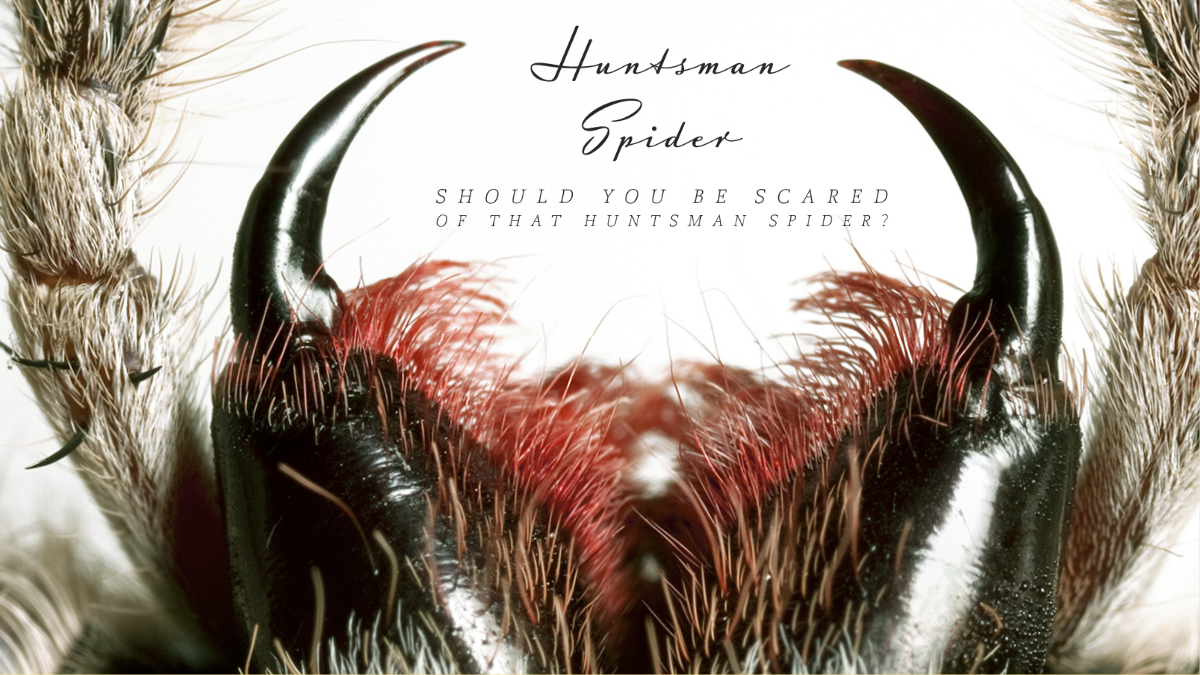 Should you be scared of that Huntsman spider?

Famed as being the hairy so-called 'tarantulas' but Huntsman spiders that do carry venom are usually reluctant to use it.

Hence the venom is only used as a defensive mechanism on humans.

The hairy appearance of a Hunstman spider adds to their mythology - perhaps it is natures way of saying don't touch me I look fearsome.

As adults, huntsman spiders do not build webs, but hunt and forage for food: their diet consists primarily of insects and other invertebrates, and occasionally small skinks and geckos.

"Huntsman get in through crevices in doors or windows then can't find their way out. There's not enough food inside a house for a huntsman spider, so they're best off outside."

On that note, Huntsman spiders are very quick, so be wary not to squash them in an attempt to take them outside (where there is more food).
They find there way into your house and often cannot work out how to get back out.

"The best way is to get the spider on a flat surface like a wall and get a jar or container, place that over the spider and slip a piece of card or paper between the container and wall … then take it outside and place it down and the spider will leave."